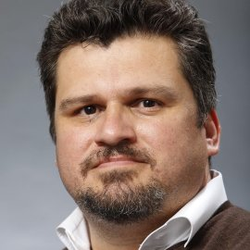 “What really turns my stomach is Trump’s insistence that America would be better off if it were run like a selective country club that admits only well-educated and highly skilled immigrants. We’ve never done that before with any other ethnic group — not the Germans, Irish, Chinese, Italians, Armenians, Greeks or Jews. And there’s a reason for that.

That’s not the point of America — or its genius.”